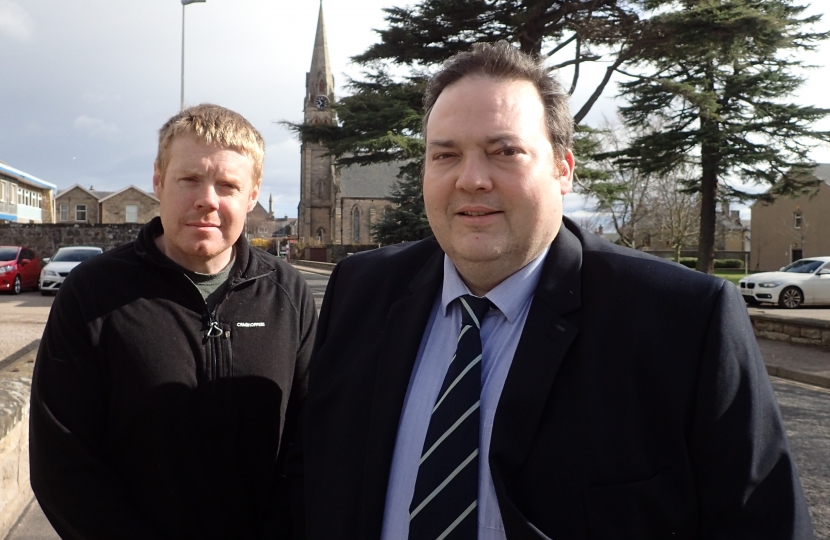 Highlands and Islands MSP Jamie Halcro Johnston has written to Health Secretary Jeane Freeman and the chief executive of NHS Grampian seeking assurances about the speed of the vaccination roll-out in Moray.

The Scottish Conservative MSP said that he had been contacted by constituents over the age of 60 in Moray who had not been called for a jag, despite an announcement from Nicola Sturgeon that appointments for people aged 50-59 were now being rolled out.

He said: “There is considerable concern in Moray that some people are being left behind.

“One person who contacted me, aged over 60 and with an underlying health condition, has still heard nothing despite filling in an online enquiry form.

“Others are unclear whether they should await contact from the NHS or pursue a booking themselves.

“People here need to be reassured and that is why I have raised this as a matter of urgency with the Health Secretary and with NHS Grampian.”

Mr Halcro Johnston’s concerns are being echoed by Buckie Councillor, Tim Eagle, who confirmed that he had also been contacted by local people, worried that they had not heard about appointments.

He said: “Everyone’s priority is to see vulnerable members of our community protected from the virus.

“Our NHS teams and volunteers are working flat out, which is why it is disappointing if there is uncertainty about the progress of the vaccination programme and when people, who might have expected an appointment, to actually receive one.”

Highlands and Islands MSP Jamie Halcro Johnston has added his voice to those calling on the MP for Ross, Skye and Lochaber, Ian Blackford, to explain delays in taking action sexual harassment allegations relating to two SNP MPs.