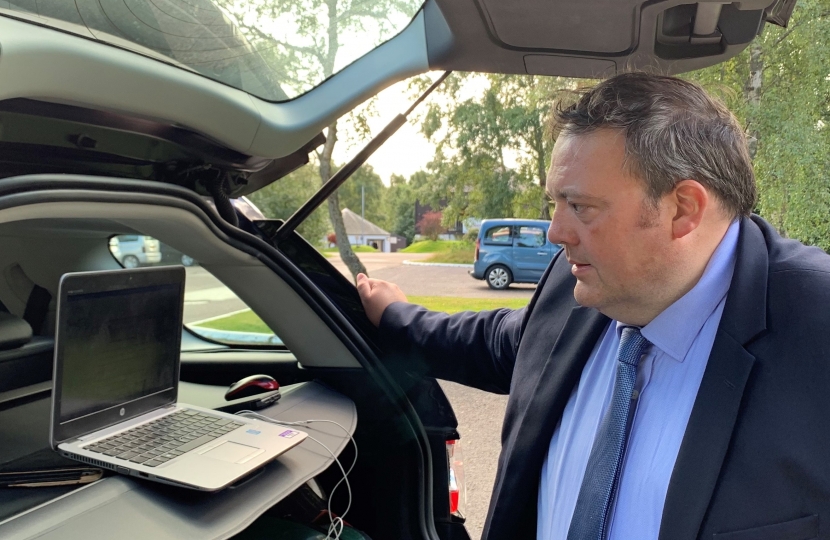 Shadow Education Minister Jamie Halcro Johnston has pressed the Scottish Government to ensure that Scotland’s universities and colleges have the financial resources to weather the coronavirus pandemic.

The Highlands and Islands MSP said he was concerned that 83% of Scottish higher education institutions were running a deficit even before the pandemic, with that position likely to have significantly worsened.

He also sought assurances from Cabinet Secretary for Finance, Kate Forbes that no further cuts would be made to the core budgets of Scotland’s colleges.

“Our colleges and universities will have a vital role to play as we work our way through the economic challenges posed by the pandemic, but they can only do that if they are on a secure financial footing.

“That’s why it was so disappointing that in her so-called Programme for Government, Nicola Sturgeon put greater emphasis on arguments about more constitutional upheaval than she did the education of our young people.

“The SNP Government’s 13 year record on education does not inspire confidence and it is so important that ministers provide reassurance to the sector.

“This is a crucial issue. Our young people will need the skills and qualifications provided by our colleges and universities like never before.

“From the Finance Secretary’s answer, I’m not reassured the Scottish Government are ready for the impact on the sector and I will continue to press ministers to ensure the prospects of our young people are not compromised by another squeeze on their funding.”