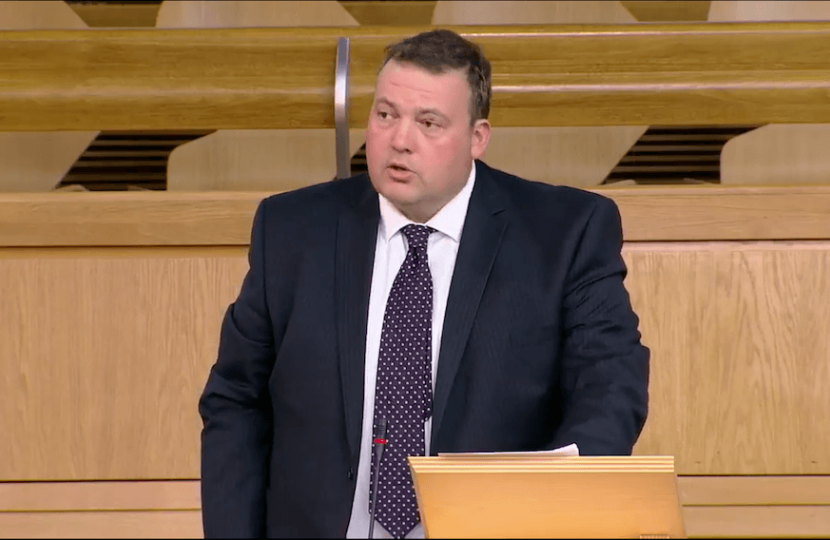 New Conservative MSP Jamie Halcro Johnston has hit out at the Scottish Government’s handling of the farm payments’ fiasco.

Making his maiden speech at Holyrood last week, the Highlands and Islands MSP said the Scottish Government’s failures had put financial pressure on the agricultural sector and left some farmers with real cash flow issues.

Mr Halcro Johnston, who was sworn in as an MSP just the day before, raised the issue during a Scottish Conservative debate on Agriculture where he highlighted the particular needs of farming in the islands.

“Proper transport links are needed to get our food to markets, and producers need to receive a fair price for their goods. Local government and business need to support local producers by sourcing and promoting local produce and, of course, rural payments need to be paid on time.

“The Scottish Government’s mismanagement of farm payments has meant real difficulties in the present and concerns for the future. It has left some farmers with severe cash-flow problems and has put financial pressure on the agricultural sector in general.

“The past few years have not been easy, but I believe that there is a bright future for our farmers and those who support the sector. That is crucial if we want to attract the next generation to take up the mantle and be the farmers of tomorrow”.

Mr Halcro Johnston said he looked forward to working with farmers, representative groups other stakeholders across the Highlands and Islands over the next few years.

Speaking this week, Mr Halcro Johnston added: “I was delighted to be able to make my maiden speech in a Scottish Conservative debate on Agriculture.

“It’s an area which is so important to Orkney and to me personally, and it’s one where the Scottish Government has repeatedly dropped the ball, with a computer system which doesn’t work and crucial payments delayed.

“My colleagues in the Scottish Conservatives and I will be keeping pressure on the Scottish Government to get this situation resolved”.

A full transcript of the speech is available here.