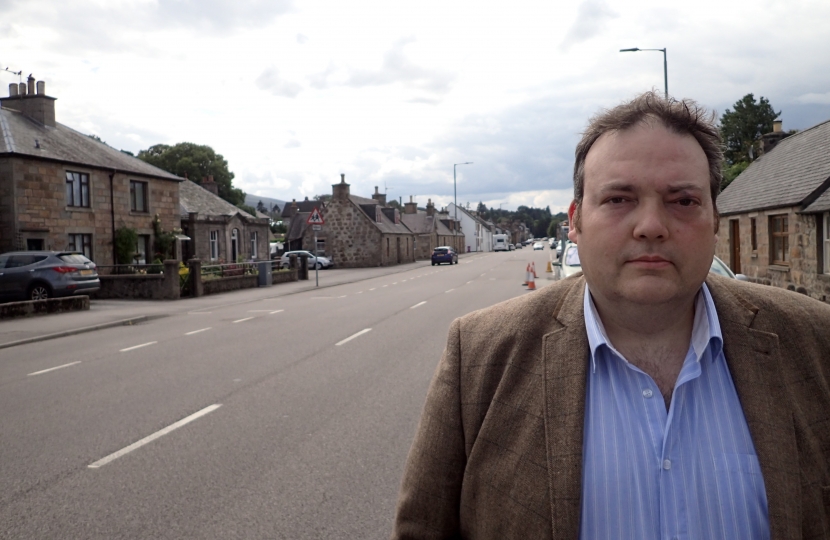 Highlands and Islands MSP Jamie Halcro Johnston has given his backing to calls by one of Scotland’s leading business champions for improvements to the country’s “whisky highway”.

Writing in The Sunday Times, Tim Allan, the President of the Scottish Chambers of Commerce, suggested Transport Scotland should ‘up the urgency on their plans to ensure the “whisky highway” — the A95 — does not continue to be neglected’. Mr Allan quoted examples of hauliers having to spend more than £1,000 a week replacing wing mirrors clipped as HGVs pass each other on narrow sections.

Conservative MSP Mr Halcro Johnston has previously raised concerns that focus on efforts to dual the A9 and A96 risked seeing the need to improve the A95 forgotten. Mr Halcro Johnston said: “Anyone who uses the A95 will recognise Tim Allan’s description of how hair-raising it can be, with increasing numbers of lorries travelling along a road which is clearly inadequate for the volume and type of traffic, and which has been for some time.

“It is also concerning that, given the A95 is linked to the heavily promoted Snow Roads, the number of tourists travelling along a road they will be unfamiliar is only likely to increase.

“The A9, A96 and A95 are some of the commercial arteries of the Highlands but, while progress on the A9 and A96 is proceeding – albeit at a glacial pace – there appears to be no serious plans for significant improvement to the A95.

“Moray needs a fit-for purpose transport infrastructure and that means serious consideration must be given to improvements to the A95”.

Highlands and Islands MSP Jamie Halcro Johnston has welcomed the support the RAF is providing to island residents who have been diagnosed with COVID-19.