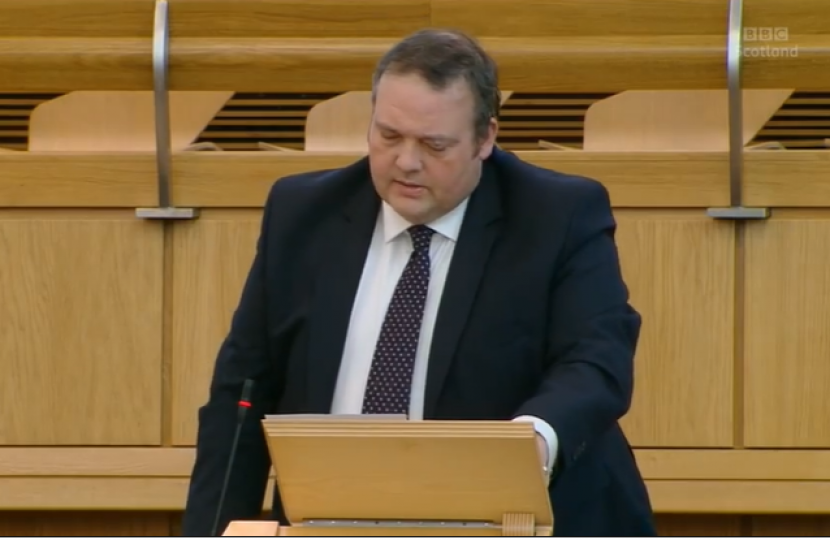 Mr Halcro Johnston, whose family farm in Orkney, gave his support in a debate on the proposed Dogs (Protection of Livestock) Bill in which he opened for the Scottish Conservatives.

“While the Bill mentions dogs in the title, it’s really about increasing the awareness of dog-owners and ensuring they take responsibility for the actions of their pets.”

The MSP, who is Shadow Cabinet Secretary for the Rural Economy, said that there was a case for stiffer penalties for owners who acted irresponsibly,

Speaking later, he said: “Many livestock farmers, particularly those with sheep, will be only too aware of the distressing outcome of the worst of these attacks.

“While the vast majority of dog-owners take care and act extremely responsibly, too often owners have been quite content to try to evade responsibility for what has occurred.

“In some cases, that has left farm animals injured and without any form of treatment. That is simply unacceptable.

“We really need to get the message out there that the owners are responsible for their pets and should expect there to be serious consequences if they allow them to run out of control.

“Dog ownership brings responsibility and that includes ensuring that they are under control when in the presence of livestock”.