Jamie to fight Skye, Lochaber and Badenoch seat in 2021 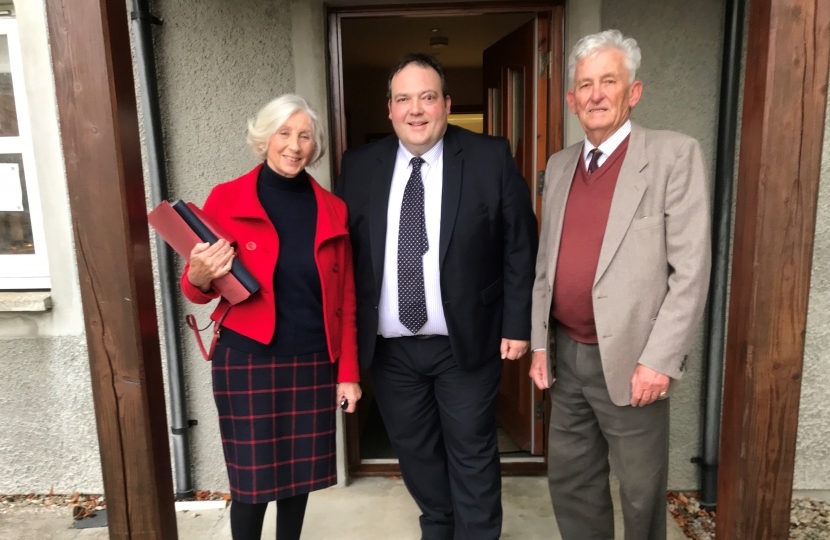 Highlands and Islands MSP Jamie Halcro Johnston will contest the Skye, Lochaber and Badenoch seat at the next Holyrood elections.

At a meeting in Dingwall at the weekend, local Scottish Conservative members chose Mr Halcro Johnston as their candidate for the 2021 Scottish Parliament elections.

Mr Halcro Johnston has been an MSP since 2017, and was appointed Shadow Minister for Skills by former Scottish Conservative leader Ruth Davidson.

He has contested the old Inverness East, Nairn and Lochaber and the Orkney seats in previous Scottish Parliament elections.

Commenting, Mr Halcro Johnston said: “I am delighted to have been chosen by local Conservative members to be their candidate for the next Scottish Parliament elections.

“Those elections will be an opportunity for people across the Highlands and Islands to hold the SNP to account for their Scottish Government’s squeeze on local council finances, mismanagement of our economy and their never-ending agitation for more unwanted referendums.

“Our region’s voice has too often been ignored by the SNP Government; a government with its attention too often focused issues in Edinburgh and in Glasgow, to the detriment of communities like ours.

“I’m looking forward to working with local members, our councillors and my MSP colleagues in playing our part in making that happen”.