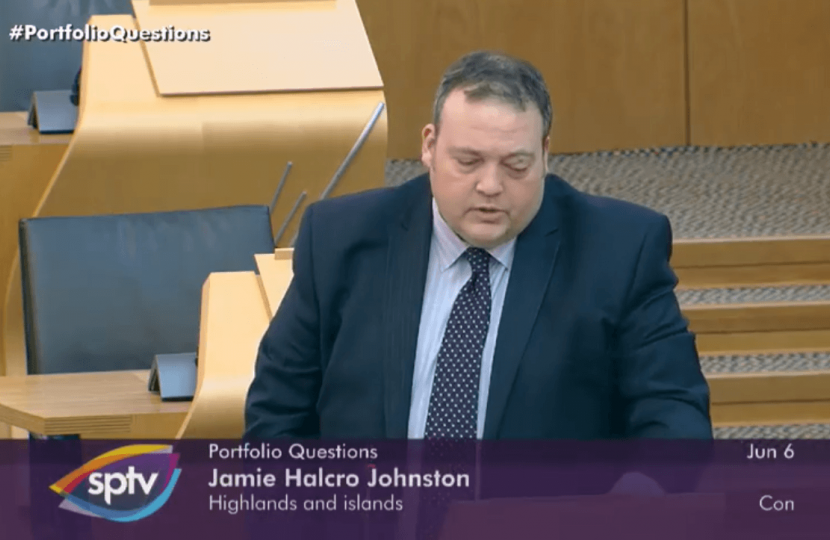 Highlands and Islands MSP Jamie Halcro Johnston is seeking to question First Minister Nicola Sturgeon on the financial crisis which is threatening council services in Moray.

He has submitted a request to the Presiding Officer of the Scottish Parliament for leave to ask a question at First Minister’s Question Time.

The Scottish Conservative MSP is acting after SNP Council Leader, Graham Leadbitter, stated that the Council is faced with making further cuts of £19.3m to its budget.

This follows years of cuts to the Council’s budget which has led to the loss of school crossing patrollers, threats to music education and reductions in grass cutting.

Mr Halcro Johnston said: “The situation facing those in Moray who rely on Council services is grim if the SNP administration just waves through yet another reduction in funding from their colleagues in Edinburgh.

“That will inevitably lead to  Moray residents facing more cuts, higher council tax or both.

“Although the SNP have attempted to blame everything from Brexit to the weather for the cuts, the fact is that Nicola Sturgeon’s government is responsible, and that is why I wish to confront her with this issue.

“The SNP Government does not lack the money. They have underspent their own budget by nearly  half-a-billion pounds and there has been no lack of cash to fund Nicola Sturgeon’s jaunts abroad or the SNP’s pet projects in the Central Belt.

“Meanwhile, here in Moray, the Council can’t even afford to cut the grass or afford to pay for school crossing patrollers.

“All we want is a fair deal for Moray, and I hope to press the First Minister on why she doesn’t think the residents of Moray deserve one”.