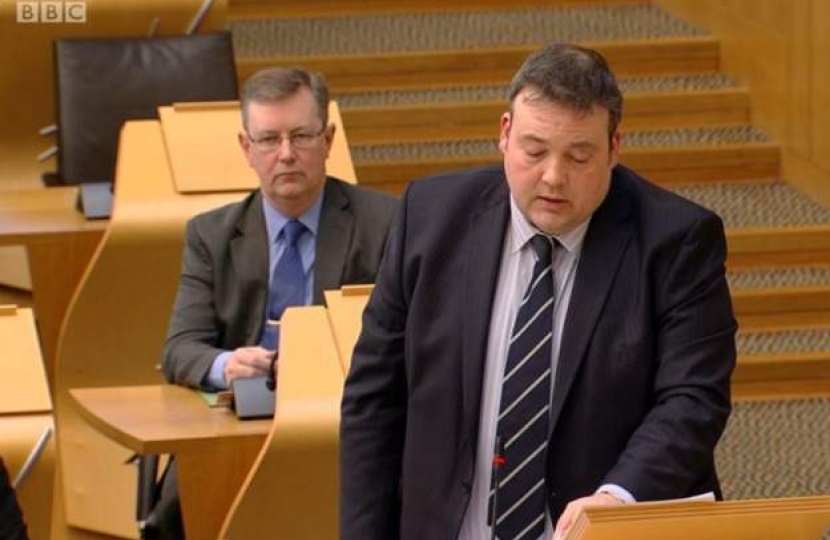 Highlands and Islands MSP Jamie Halcro Johnston has raised concerns with the First Minister over the availability of Covid-19 testing for residents and staff in care homes in his region.

Having been contacted by concerned relatives of residents in the Glenisla Care Home in Moray, the Conservative MSP called on Nicola Sturgeon to look urgently into the case, and also to give assurance that testing would be available when a case was confirmed in a care home.

Mr Halcro Johnston also expressed disappointment that, despite Ms Sturgeon committing on Radio Scotland’s Good Morning Scotland to act, neither her nor her office appeared to have contacted the BBC for details of the case. He has now passed on those details to the First Minister and to the Health Secretary.

Jamie Halcro Johnston said: “A care home in my region has raised concerns with me that, despite a resident testing positive for Covid-19 only a day after being transferred from the home to hospital in Aberdeen, they have not been able to have staff and residents tested.

“A week after it was confirmed that a resident from the home has Covid-19, the care home’s management are still being told by NHS Grampian that there are no plans to test residents and staff, claiming test kits are not available.

“This is contrary to the official guidance. With the tragic toll Covid-19 has taken on care homes across Scotland, and with a serious outbreak developing in Skye, this highlights the vulnerability of residents.

“Nicola Sturgeon needs to act quickly on this and establish why testing hasn’t taken place, why care home management were told testing kits were not available, and whether this is a wider issue across the Highlands and Islands and across the country.

“Frankly, it’s disappointing that, in her response, the First Minister admitted that she hasn’t taken any further action since being made aware of the case, suggesting she didn’t know whether or not details had been passed on by the BBC.

“Surely, given that she made a commitment to look into the case, someone from her office should have contacted the show’s producers to get the details. It would only have taken a phone call or an email.

“This is a serious situation, and we need to see a greater sense of urgency from the Scottish Government and its agencies”.