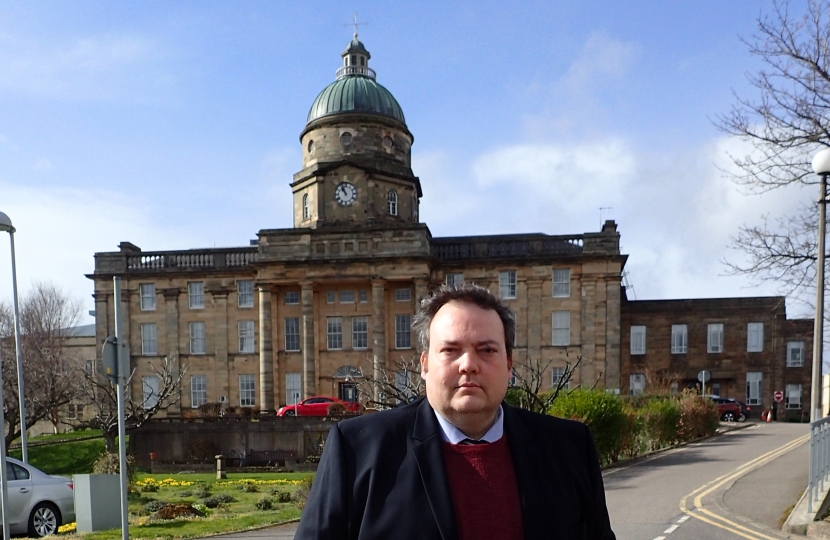 Highlands and Islands MSP Jamie Halcro Johnston has expressed disappointment after it was confirmed many expectant mums in Moray will not be able to have their babies at Dr Gray’s this spring.

Despite earlier promises from Jeane Freeman that Moray’s maternity service would be restored in the spring, the Health Secretary used a visit to Elgin yesterday to announce that she had requested a “refreshed” version of the plan to restore a consultant led service.

However, with plans already having been through multiple versions, Mr Halcro Johnston hit out at Ms Freeman’s failure to provide a timeline as to when the service would be restored.

The Scottish Conservative MSP said: “Since Jeane Freeman’s original pledge, we have seen the plan to bring back a full maternity service at Dr Gray’s rejected, rehashed and now, apparently, refreshed. But what we still haven’t seen is a date when the service will be restored.

“This was supposed to be this spring. So it’s no wonder that some expectant mums who, on the back of Jeane Freeman’s own promises, should have been able to be confident of having their babies delivered at Dr Gray’s later this year, will now be left disappointed.

“How many more promises made but deadlines missed while Moray have to endure?”

Mr Halcro Johnston, who last month questioned First Minister Nicola Sturgeon about the future of the maternity unit, added: “It was clear at the time from Nicola Sturgeon’s evasive response that she had little confidence that Jeane Freeman would deliver on her pledge. Sadly, for local families in Moray particularly, her instincts were correct.”