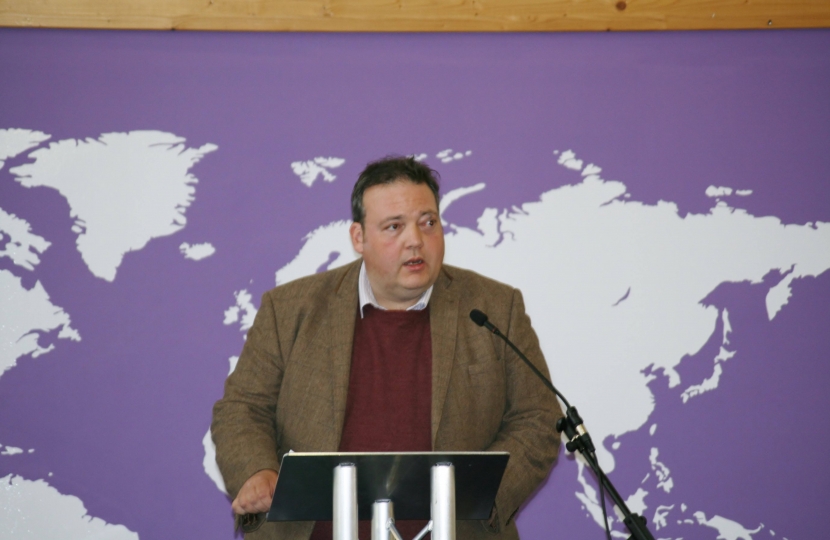 A Conservative MSP has highlighted the role franchising plays in regional economies in a speech to business owners this morning.

Mr Halcro Johnston, who is Shadow Minister for Jobs, Skills and Training and sits on the Scottish Parliament’s Economy Committee, also spoke about the experiences of people of all ages and backgrounds setting up businesses in the Highlands and Islands.

Speaking afterwards, Mr Halcro Johnston said: “Wherever you look across the Highlands and Islands, you find enterprising people setting up or running great new businesses, many of which are franchises.

“The franchising model provides people with the opportunity to set up and run their own business, but in a supported environment and with a proven product.

“Franchising is a great way of becoming your own boss, and can be a fantastic opportunity for those living in areas where other employment can be limited in variety or in the number of jobs available.

“That’s why it’s unfortunate that it’s not given the attention it should be due by the Scottish Government, which is often more concerned about traditional forms of employment.

“We need all levels of Government - whether in Holyrood, or at Westminster, or in local council chambers – to recognise that franchising is a successful, tried and tested entrepreneurial model that needs both encouragement and support.

“Establishing a business can seem a daunting prospect, but the rewards for everyone, including those communities that host the new businesses, can be very significant indeed.

“We need to see a cultural shift in which the role franchising plays in job creation and economic growth, particularly in our more rural and remote communities, is recognised and supported”.