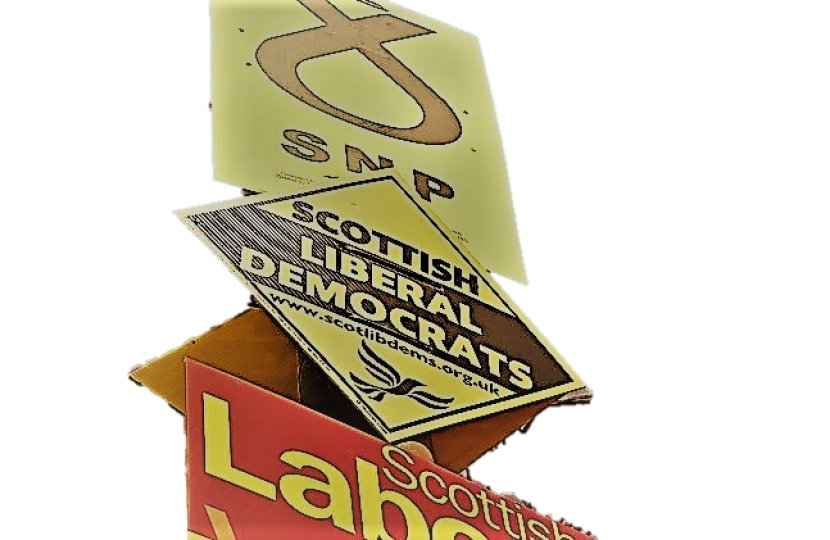 Highlands and Islands MSP Jamie Halcro Johnston has written to Shetland Islands Council after concerns were raised with him on the volume of candidate posters on public property during the recent by election.

The poll saw lamp-posts across the islands hosting thousands of posters, and the Conservative MSP has asked Chief Executive Maggie Sandison for details of the cost to the council of dealing with the signage, including the environmental impact of disposing of discarded posters and cable ties.

Most Scottish councils now ban posters being displayed on public property and, as well as concerns raised online on the number of posters and their environmental impact, Mr Halcro Johnston has been approached by some local people

Mr Halcro Johnston has now launched an online poll on his Facebook account for local people to show their support or opposition on whether Shetland Islands Councils should ban their use in future.

Mr Halcro Johnston said: “The recent by election saw the islands plastered with posters, and many local people were angry at the sheer quantity of material, as well as the potential waste created.

“Concerns have been raised with me over both the visual impact of the signs, given they we’re up over the peak summer months when visitor numbers in Shetland are high, as well as the environmental impact.

“I know some of the posters will be used again, but the non-generic ones may not. Posters manufactured from Correx, which the ones attached to lamp-posts are often made of, can take up to 500 years to degrade.

“I have written to Shetland Islands Council to get an idea of the impact they see from the posters - for example, the visual and environmental impact, or any additional costs in relation to removing posters after the elections. And I am also hosting an online poll on my Facebook page for local people to have their say.

“I’ll be interested to see the response from both and it may be that, going forward, Shetland considers adopting a similar policy to many councils south where placing candidate or party posters on public property is prohibited”.

Local residents can access the online poll at  www.fb.com/JamieHalcroJohnstonConservative