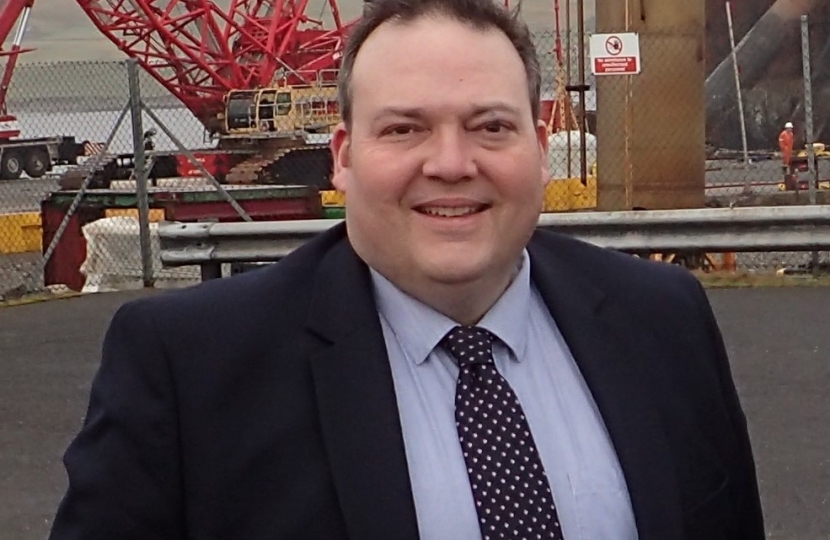 Answering questions from the Scottish Conservative MSP earlier today (Tuesday 25th June), Mr Mackay stated that he would look further into using the licensing powers of the Crown Estate – which controls permits for offshore work – to support more work flowing to Scottish yards.

The meeting was part of the Economy Committee’s inquiry into the offshore energy industry following the problems at BiFab, which has mothballed a number of its yards despite considerable investment from the taxpayer. Evidence submitted to the Committee indicated that, while around 70% of North Sea oil and gas fabrication occurred in Scotland, only around 10% of this work for offshore wind projects has taken place locally.

Mr Halcro Johnston questioned the Cabinet Secretary on why it had taken so long for the Scottish Government to start looking into new licensing powers, devolved as part of the 2016 Scotland Act, as a potential way of bringing more work into the Scottish supply chain.

“I’m pleased to hear from Derek Mackay that the Scottish Government is now considering how the new seabed licensing powers devolved to the Scottish Parliament and to Crown Estate Scotland can be used to ensure more work is done here in Scotland.

“However, given plans to devolve Crown Estate powers were first recommended by the Smith Commission in 2014, the Scotland Act confirmed their transfer in 2016, and the new Crown Estate Scotland was set up by the Scottish Government in 2017, why is it only “recently” – as Derek Mackay himself admitted - that the Scottish Government has started looking at this as a way of getting more work into Scotland’s yards?

“There are real questions to answer here over why these issues have not been explored earlier, and I will be writing to the Cabinet Secretary to follow up on the questions I asked him in Committee and his responses.

“The next wave of offshore developments around our coastline is capable of generating thousands of well-paid jobs in communities across Scotland. And it has the potential to generate significant amounts of much-needed tax income to help fund our public services.

“Unfortunately, Scotland risks being left behind, with only a fraction of the work on offshore wind farms coming to firms here, if the SNP Government doesn’t get its act together on this”.