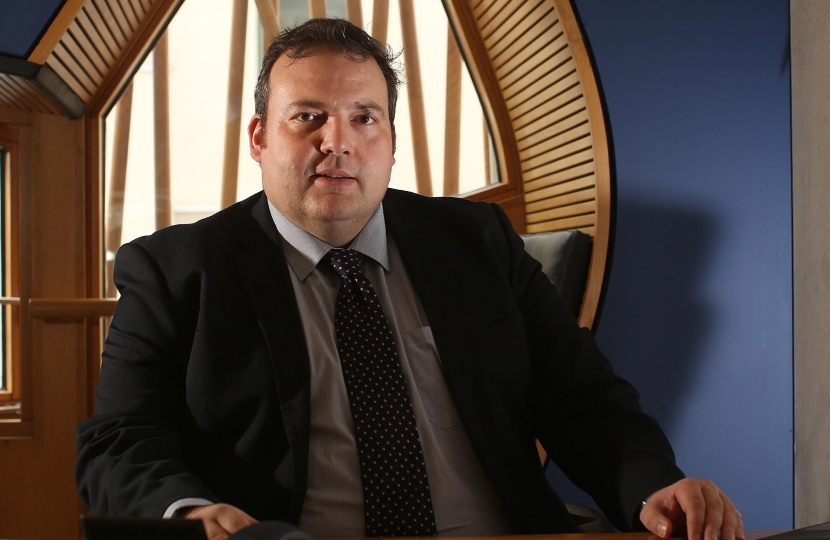 The consultation period for the bill, which seeks to regulate the work of electricians and address the problem of those responsible for unsafe work, ends on 10 November.

Mr Halcro Johnston said “I have been very encouraged  by the number and quality of the responses that I have received since I launched the formal consultation on the bill last month.

“However, there is still plenty of time for people to let me have their views on what should be a very significant measure in addressing the longstanding problem of substandard electrical work.

“I really want to get as many views as possible from the general public, as well as from people who are active in the sector.”

The Conservative MSP launched the consultation on the bill last month and, while it is unlikely to progress in this parliamentary session, he hopes to submit the bill formally if re-elected in May next year.

“We should remember that - every year - electrical faults cause accidents, shocks, fires and even, in the most extreme cases, death in domestic premises.

“Ensuring that electrical installations are carried out by properly qualified, experienced and competent electricians is essential to make sure that people are safe in their own homes.

“I really want to get the provisions in the bill exactly right so that the resulting regulations are robust and workable and that’s why the consultation is so important.

“I can ensure anyone interested that all submissions will be carefully considered and may well influence the final form that the bill takes when I present it to the Scottish Parliament for consideration.

“The deadline is Tuesday 10 November and submissions can be lodged via my website at: www.jamiehalcrojohnston.org.uk/electriciansbill”