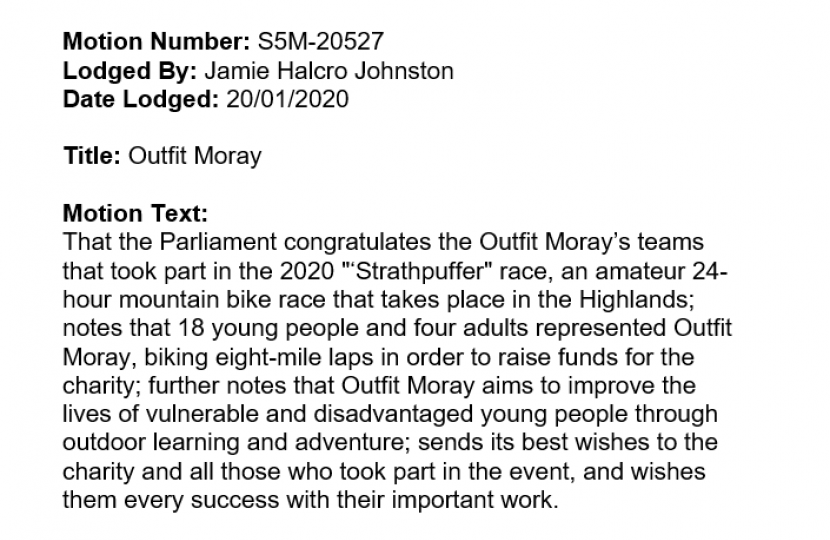 Outdoor learning charity, Outfit Moray, has been singled out for praise after a motion was submitted to the Scottish Parliament congratulating supporters for taking part in a 24-hour mountain bike race.

Highlands and Islands MSP Jamie Halcro Johnston said: “The “Strathpuffer 2020” race must have been a gruelling undertaking for those involved, and I admire their grit and determination.

“My congratulations go to all those who took part, but especially to the 22 people who represented Outfit Moray. Their efforts were to support such a worthy cause and one which, since it was founded in 2003, has helped an impressive number of young people.

“I am delighted to be able to have their efforts recorded in the Scottish Parliament. It’s well deserved”.